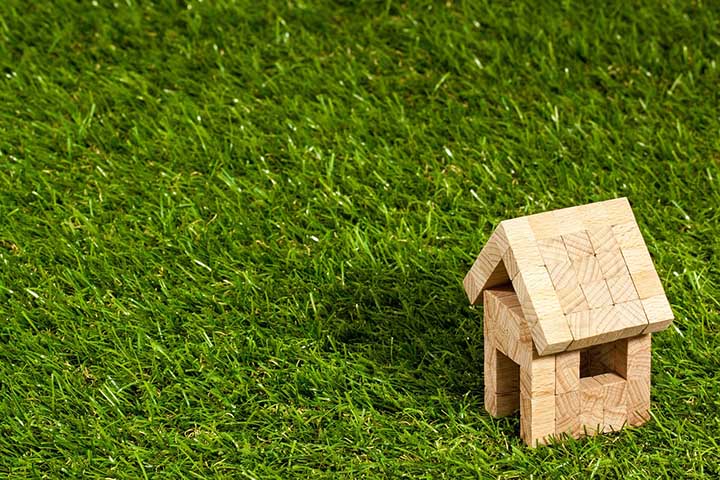 Fertilizer needs change over a plant’s life. When do you need a big burst of nitrogen, and when do you need a more balanced fertilizer with nitrogen, phosphorous, and potassium? This guide will help you know when to use 34-0-0, also called ammonium nitrate.

34-0-0 is thirty-four percent nitrogen in the form of ammonium nitrate. Ammonium nitrate can be explosive when mixed with fuel oil. It isn’t used much in the United States by anyone except large industrial farmers after Timothy McVeigh used it in 1995 in a truck bomb in Oklahoma City. Some products have weed killers and/or pesticides added to the 34-0-0.

Ammonium nitrate works because nitrogen is involved in every cell of the plant. Without adequate nitrogen, plants will be stunted and have few blooms. In extreme cases, plants will die.

34-0-0 is used to provide nitrogen for quick growth in lawns and vining vegetables like squash, cucumbers, and pumpkins. It turns lawns a dark green and helps them grow to be a thick carpet.

34-0-0 is a good choice if you need to add a large amount of nitrogen to your plants quickly.

Fertilizer comes in several forms. Here are the most common forms of fertilizer and what to expect from them.

This type of fertilizer is a powder or granule that dissolves in water. After it is mixed with water, it is applied just like a liquid fertilizer. Water-soluble fertilizers start to work immediately and last seven to ten days.

Hydroponics involves growing plants without soil. Nutrients are delivered in a water solution. Liquid fertilizers or water-soluble fertilizers will work for hydroponics.

Granular fertilizers are extruded into small rock-like particles. Some of these are water-soluble, while others are scattered on the surface of the soil. They are then worked into the top two to three inches of soil, and the area is watered.

Some fertilizer is coated with a substance that gradually breaks down over time. As the coating breaks down, the nutrients are released. Slow-release fertilizer starts to work in around seven days and can last weeks or even months.

Most ammonium nitrate sold to consumers is in granular form.

I don’t use 34-0-0 for houseplants as it has too much nitrogen and no phosphorous or potassium.

I don’t use 34-0-0 with ornamental plants. The extra nitrogen can cause an overgrowth of foliage at the expense of blooms. The lack of phosphorous and potassium are also a problem with using 34-0-0 on ornamental plants.

I don’t use 34-0-0 with bulbs and tubers for the same reason I don’t use it with ornamental plants.

I only use 34-0-0 for vining plants like cucumbers, pumpkins, and squash. When the vines start to produce runners, they need a burst of nitrogen to help them grow quickly. After this, I switch to a fertilizer with less nitrogen and with phosphorous and potassium to promote blooming and fruit set.

However, some ammonium nitrate is mixed with weed killer and may cause a problem for some grasses, so be careful to check the label before buying it.

Some spreaders are pushed, and some are handheld. There are usually different settings for handheld spreaders:

Ammonium nitrate can be purchased at Ace Hardware, Lowe’s, and Home Depot. You can also order it through Amazon and other online dealers.

I was only able to locate three products in the United States with 34-0-0 fertilizer.

Scotts Turf Builder Summer Lawn Fertilizer For All Grasses uses fifty percent less water than other products because of their EveryDrop® technology. This helps the water droplets penetrate the hard summer soil. The deep green color from this fertilizer lasts about six weeks. This fertilizer is safe for all grass types. Do not use on vegetables.

Turf Builder SummerGuard 13.35 lbs. 5,000 sq. ft. Summer Lawn Fertilizer with Insect Killer is guaranteed not to burn your lawn. It also contains EveryDrop® technology to improve the grasses’ ability to use water and nutrients. In addition, it contains a pesticide to kill common turf pests that cause problems in the summer. This fertilizer is safe for all grasses and lasts about six weeks. Do not use on vegetables.

HJE Howard Johnson 35-lb All-purpose Food is a fast-release granule that works for about fourteen days. It is listed for use on all plants, including vegetables. Spread with a fertilizer spreader.

What Are the Ingredients in 34-0-0 Fertilizer?

34-0-0 is thirty-four percent ammonium nitrate. In addition, some formulations contain proprietary ingredients to make it easier for the plants to absorb the nutrients in them. Some formulations also contain pesticides and/or weed killers, so they are not to be used on vegetables. The rest of the fertilizer is fillers to make it easier to spread and ingredients to keep the fertilizer from spoiling.

Ammonium nitrate can explode when stored near fuel or fuel oil. Be very careful to store this fertilizer exactly as the label states, or you could start a fire.

No, it has too much nitrogen and no phosphorous and potassium. It will trigger growth which will be too tender to survive winter.

By itself, ammonium nitrate does not kill weeds. However, it is often combined with a weed killer and/or a pesticide.

Probably not. Unless your plants are sick because they need nitrogen, this fertilizer can’t help them.

No, different manufacturers add proprietary ingredients they believe will make the nutrients more available to the plants being fertilized. In addition, the manufacturers may add weed killers or pesticides to some 34-0-0 fertilizers. Finally, the inert ingredients and the ingredients to retard spoilage may differ.

Probably not. Ammonium nitrate can easily explode, so it isn’t safe to make except under very rigorous conditions.

Ammonium nitrate can be explosive, so it is difficult to manufacture.

Does 34-0-0 fertilizer make the grass greener?

Yes, the nitrogen will cause the grass to green up quickly.

Can I dissolve 34-0-0 granular fertilizer in water to use?

Only if it is water-soluble. Slow-release fertilizer doesn’t dissolve well, but the water removes the coating that makes the fertilizer release nutrients over time. Not only does this mean the fertilizer is no longer slow-release, but you can burn your grass doing that.

34-0-0 is generally safe for all grasses. However, it is used in the summer, not the fall.

In conclusion, 34-0-0 is also known as ammonium nitrate. This fertilizer isn’t used that much in the United States anymore but is used more in Europe. Ammonium nitrate can be explosive, so it must be stored carefully. 34-0-0 is used in the summer to make grass turn a deep green and grow vigorously. This also creates a thick carpet of grass. Some manufacturers add pesticides or weed killers into the fertilizer. Ammonium nitrate alone is safe for all grasses. Check the label of products with weed killer to see what grasses it can be used with.

Stephanie Suesan Smith has a Ph.D. in psychology that she mainly uses to train her dog. She has been a freelance writer since 1991. She has been writing for the web since 2010. Dr. Smith has been a master gardener since 2001 and writes extensively on gardening. She has advanced training in vegetables and entomology but learned to garden from her father.