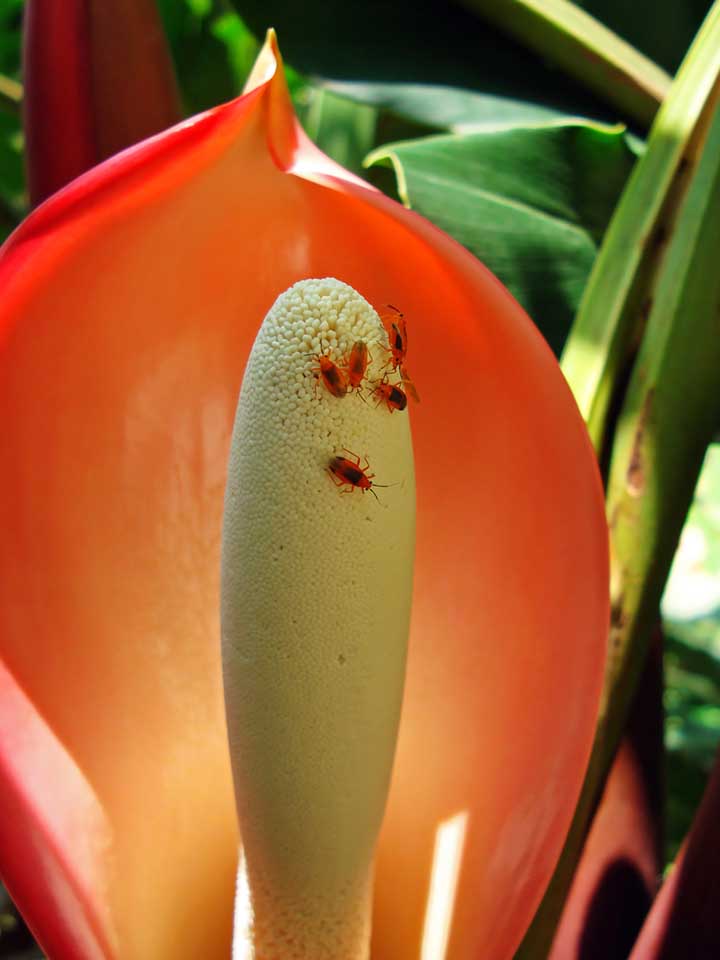 So you’ve decided to try your hand at caring for Philodendrons, but you’re not sure if they attract bugs or not.

Read on below for the long answer, covering everything you need to know about whether or not Philodendron attracts bugs or not!

Are Philodendrons Attract to Bugs?

Philodendrons aren’t known as a plant that is particularly attractive to bugs. In other words, they do not attract bugs any more than other plants do. That said, common houseplant pests such as aphids, spider mites, and mealybugs can and do set up shop on Philodendrons if given the opportunity.

Which Bugs Do Philodendrons Attract?

The most common bugs that Philodendrons attract include such basic insects as:

For the most part, Philodendrons are considered to be a relatively solid and bug-resistant species by horticulturists and gardeners.

That’s because, generally speaking, bugs are not attracted to Philodendrons in the same way they are to other more interesting (and smelly) plants.

For example, if there are numerous plants around your philodendrons, the chances are extremely high that local pests will be more attracted to one of the other plants than your Philodendrons.

That said, there are hundreds of sub-species to choose from, and some are more resistant to pests than others.

The main issue with a small percentage of Philodendron species is that they may produce a sweet liquid that attracts pests such as insects and other bugs.

This issue is easily remedied with a bit of soapy water or an eco-friendly plant wash of your choice.

Aside from the types of Philodendron strains that attract ants, most of your Philodendron species are golden when it comes to pests.

Just make sure that your Philodendrons are in tip-top shape and they’ll remain as pest resistant as ever.

That means keeping them watered, fertilized, and receiving healthy amounts of light.

How Can We Do to Prevent Bugs from Philodendrons?

The best way to prevent bugs from infesting Philodendrons is by maintaining a healthy and happy plant, to begin with.

Change your plant’s soil each year, fertilize it regularly, and keep it properly hydrated.

Another important factor in preventing bugs from getting into your Philodendrons is setting them somewhere that they get adequate lighting, and airflow, and are exposed to a stable temperature and climate.

Finally, you may also opt to apply pesticides, fungicides, and/or organic pest control products/remedies to your Philodendron and their growing medium.

How Can We Do to Get Rid of Bugs from Philodendrons?

There are numerous solutions for effectively getting rid of bugs from your Philodendrons, ranging from store-bought products and organic remedies to simple pest control tactics:

The first and most common-sense step to getting rid of bugs from Philodendrons, and most any plants for that matter, is applying some sort of pesticide or fungicide, or both.

The process is relatively simple, though you may need a sprayer (unless the product comes in a spray bottle). Just aim the nozzle at the Philodendrons and mist its foliage and growing medium.

Organic pest control methods are much more effective than one might imagine.

For example, sprinkling cinnamon is enough to keep aphids and spider mites at bay, and lemon juice and vinegar keep the flies and mealy bugs away.

The internet is full of great ideas, just run a quick Google search for a few organic pest control recipes.

Repotting your plant is an excellent idea if the bugs have really done a number on it, or if you’re dealing with some sort of fungal infection.

Dislodge the plant from the pot, gently remove loose soil, and place it in a container to soak in lightly soap water for 15 minutes to half an hour.

While the plant is soaking, and disinfecting itself, take the time to prepare a new pot and growing medium for your Philodendron.

If you don’t have any more soil, and you’re not sure if it’s infected, go ahead and disinfect it via the stove top.

Bring a large pot of water to boil, add the dirt, and let the scalding hot water kill all the germs and bacteria.

Drain the water and allow the soil to dry a bit before adding it back to the pot and replanting your Philodendron.

Whether you’ve treated your Philodendron with pesticides, a homemade remedy, or have done all the above and repotted it as well, the next step is providing adequate light and water.

Your Philodendron will also need a stable temperature and climate so that the issue doesn’t repeat itself.

Keeping plants in their recommended growing conditions doesn’t just ensure a healthy plant, it helps protect them from bugs as well.

Which Types of Philodendrons Prone to Bugs?

Philodendrons are relatively pest-free plants for the most part. However, they are not free of all pests. As with most houseplants, Philodendrons are prone to infestation from a few common bugs including:

If your Philodendrons are growing outside, they are at risk of an aphid infection every early spring.

Aphids are looking for any new and tender young growth to feast on during the earliest parts of the spring.

These common pests will devour nearly anything, including trees, shrubs, and yes, Philodendrons.

Once you notice aphids on your plants, you need to separate the infected plants from the others immediately.

Once you’ve isolated the plants, apply neem oil, vinegar, soapy water, or whatever you have at your disposal, and then reevaluate the situation.

These common pests are likely to show up at the beginning of the growing season, outside, along with aphids.

They are attracted to the proteins the plants excrete when their soil is loaded with excessive amounts of nitrogen.

The best way to prevent mealy worms is to bring your Philodendrons inside during the early spring, or don’t have them outside to begin with.

The infamous spider mite is hated (and dreaded) the world over.

When your Philodendrons produce what is known as “funny proteins” (due to high nitrogen in their soil/fertilizer) or sap it attracts pests such as spider mites.

Spider mites are easy enough to notice, and you can get rid of them by literally picking them off of your plant.

If they have set up shop, you may need to enlist the help of organic pest control methods or a pesticide spray.

The most common reason behind an invasion of scales on your Philodendron is that you’ve planted it with soil from outside, or you left the pot outside for several weeks.

Another common reason for scales is that you’ve brought inside another plant, that transferred scales to your Philodendron.

The best way to deal with scales is to apply horticultural oil, an organic product like neem is preferred. But, pesticides work as well.

Which Types of Philodendrons That Resist Bugs Better?

There are over 450 various types of Philodendrons, most of which are practically bug resistant compared to other houseplants.

Here are some of the Philodendron types that resist bugs better:

The above list is just the tip of the iceberg. Remember, there are dozens upon dozens of Philodendron species to choose from.

One of the best things about Philodendrons is that they are pretty much bug resistant to begin with (compared to many of your house plants).

Most Philodendrons are uninteresting to most ants. That said, there are a few select species of Philodendron that excrete a sugary fluid that indeed attracts ants. If you do happen to have a Philodendron that produces the ant-attractant, it’s easy enough to spot, mist, and clean off of your plants.

Why does my philodendron have gnats?

The main reason houseplants, including philodendrons, have gnats is because they are overwatered. The best solution is simply watering your Philodendron less, and letting it dry out between waterings.